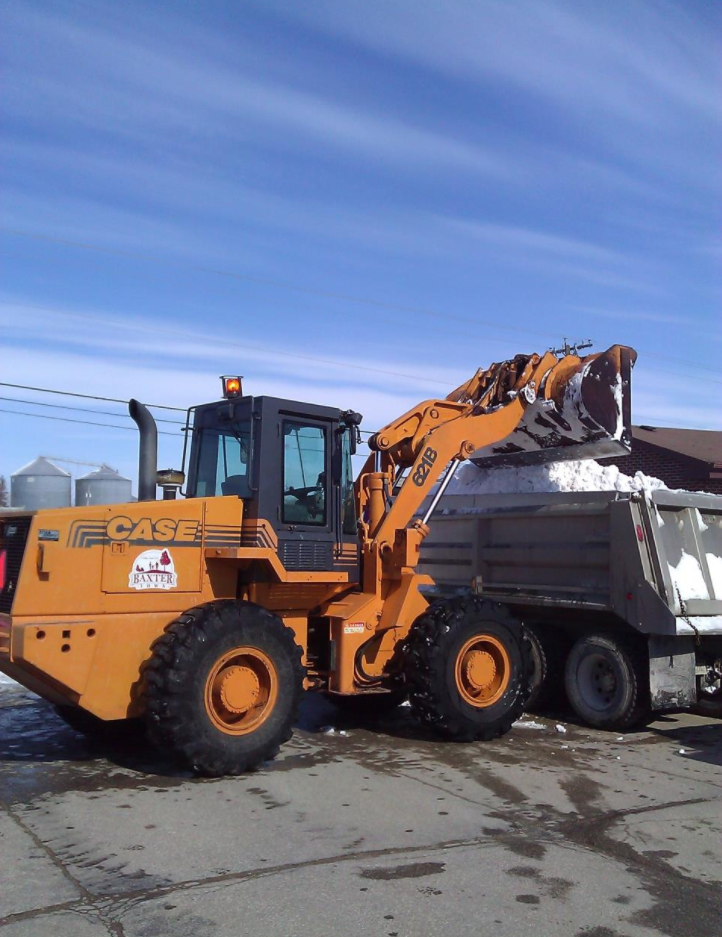 Limited funding and reduced monies from the State of Iowa Road Use Tax, which funds the City of Baxter's Road Use Budget, has made it difficult in recent years to do any street re-surfacing projects.  However, in 2014, the Iowa State Legislature approved a gas sales tax increase that will be divided up and dispersed based on capita.  This increase will be approximately $19,000 per year for the City of Baxter.  Also, the City of Baxter Residents approved at the polls last fall, the allotment of the additional 50% of the L.O.S.T. (Local Option Sales Tax) monies to be spent towards road repairs only.  This will provide approximately $40,000 per year to be used towards street repairs.  This money comes from every dollar spent within Jasper County throughout the year.  Please consider this when making major purchases to support your community. The Iowa Speedway and money spent there is a major contributor for all of Jasper County.  In the future, we should have approximately $59,000 per year to spend towards street improvements.  The City of Baxter will need to G.O. Bond for major street projects since such projects will cost in the millions of dollars.

The City of Baxter snow removal policy is that the city's two plows will be out when snow accumulation is in excess of 1" unless rapid melting conditions exist.  Precipitation events where strong winds exist and the snow continually falls at a fast rate may warrant the parking of the plows and result in snow maintenance being performed when the precipitation event has ceased.  This is due to limited staff and equipment that larger cities have.  When snow removal/maintenance operations are in effect, there is no parking allowed on city streets except within the business district.  You may park on the street again after final cleanup of your street has been completed and the precipitation event has expired.  Violators of the snow ordinance will be ticketed.  Please avoid following too close to snow removal equipment and be very cautious when passing.  Snow removal can be very challenging and there are many blind spots while operating this equipment.  Remember, snow plow operators typically work many long hours to clear the town in the most efficient manner and will focus on the business district, school, and main thorough-fares FIRST.  Then, the residential areas will be taken care of.  Snow removal of your street is not complete until final passes are made next to the curb and gutter line.  Plows are not lifted when passing driveway approaches and the snow load area is in the city right-of-way between the sidewalk and curb line.  In areas that drift badly, such as Westfield Horizons and Amy St., a majority of the snow load will be taken to the south and east.  This is done to prevent more severe drifting which could lead to street closure.  Snow in the business district will be wind rowed in the center of the street or into large piles to be hauled away at a later time.

Salt Brine is periodically used by the City of Baxter when air and pavement temperatures will allow for application of this material.  The purpose of this material is to help prevent snow and ice bonding to the pavement surface and to speed the melting process after the storm and pavement temperatures rise.  Salt Brine is used throughout Iowa and is recommended by the Iowa Department of Transportation to use when proper conditions exist.  The City of Baxter uses a 50/50 Salt/Sand Mix at stops and on hills only and does not chemically treat the entire town unless heavy icing and freezing rain conditions exist. 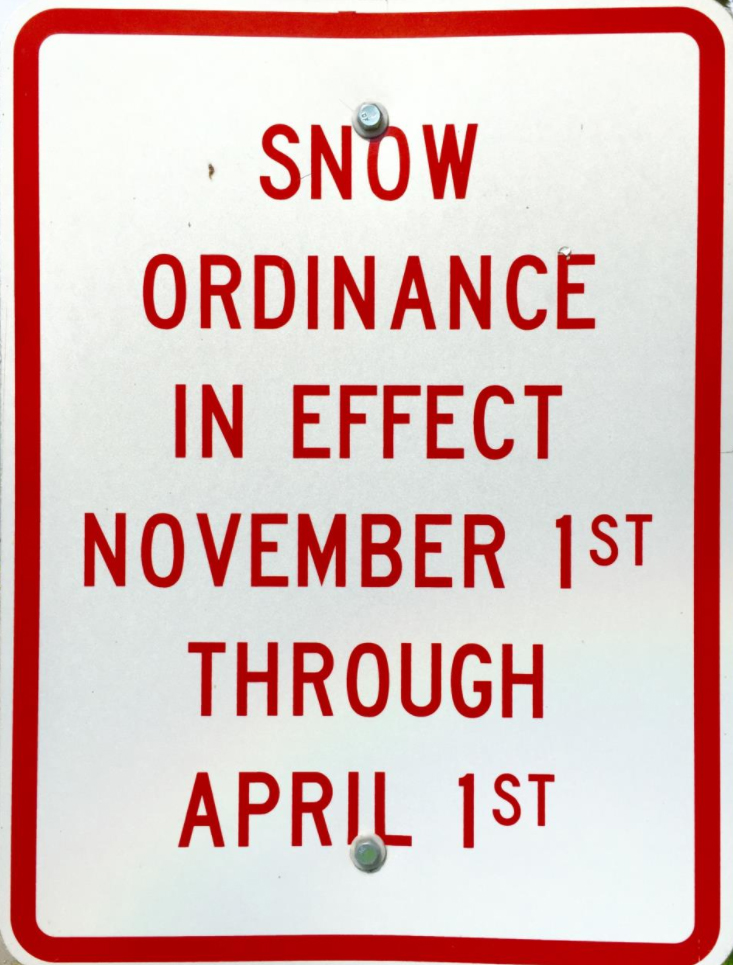 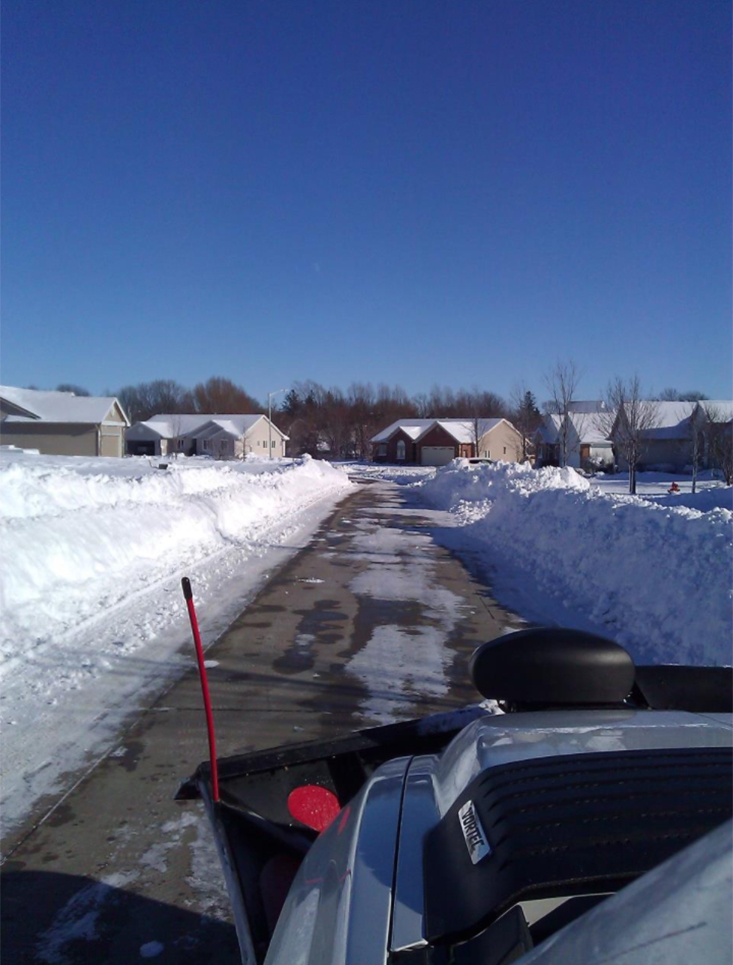 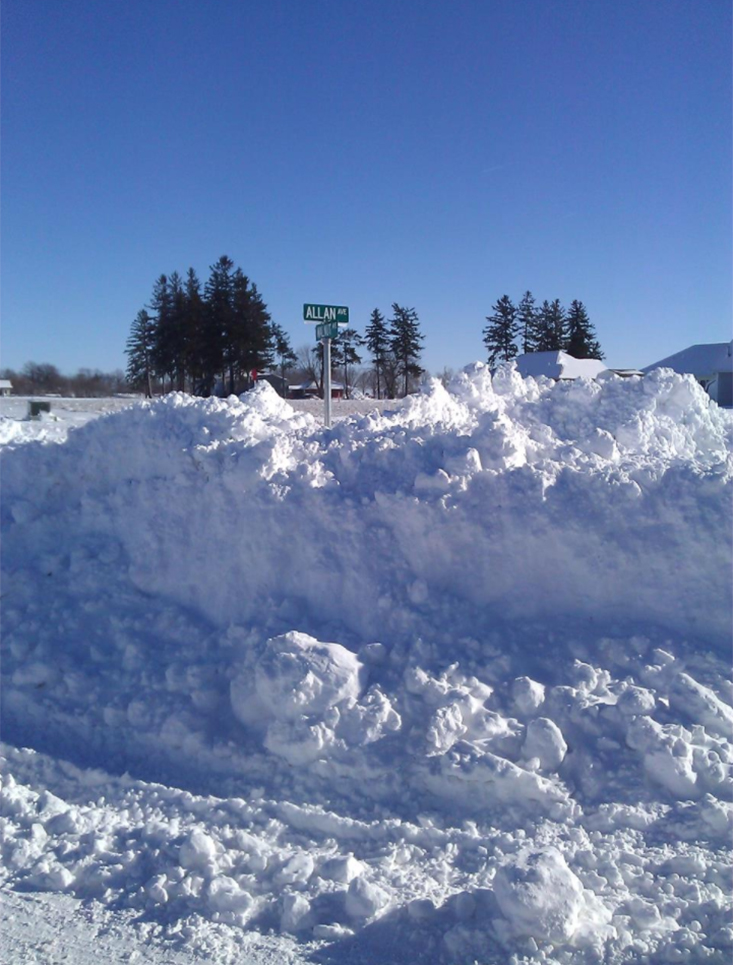